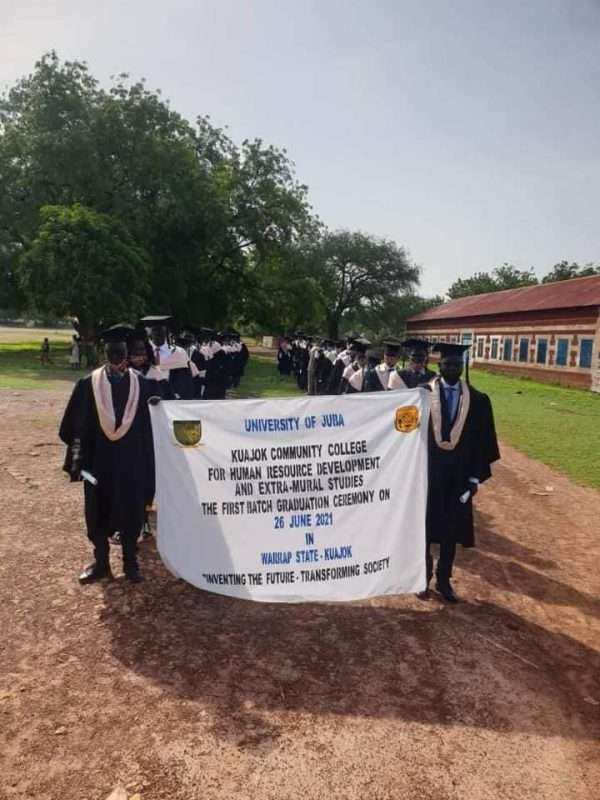 Kuajok Community College is a College of the University of Juba in Kuajok, Warap State, and was opened in 2016 to offer technical Diploma in Public Administration, Business Administration, Accounting and Finance, Economic and Banking, Communication Development and Public Relations, and Rural Development.

The first ever graduation celebrations in Kuajok the capital of Warrap State was attended and witnessed by  Professor Robert Mayom Deng, the Deputy Vice-Chancellor for Administration and Finance University of Juba. This came after the official conferment of relevant Degrees and Diplomas last Saturday the 19th June 2021 in Juba by H.E. Salva Kiir Mayardit the Chancellor of the University of Juba, the President of the Republic of South Sudan. 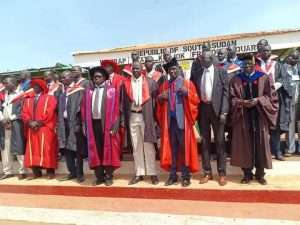 Professor Deng was officially delegated by Professor John Apuruot Akec the Vice-Chancellor of the University of Juba to grace the occasion organized by Kuajok Community College for Human Resource Development and Extramural Studies under Dr. Jacob Kwaje Lupai the Principal of KCC. Among other University dignitaries include: Prof. Venansio Muludiang, the Vice Chancellor Advisor for Community Outreach, Dr. Milton Milingasuk Lado, the Director for International Cooperation and Alumni Affairs, and Dr. Lazaro Lugor the Director of the Center for Human Resource Development and Continuing Education as well as the academic and non-academic staff of KCC.

The graduation celebration was attended by Warrap State Government officials headed by the state Minister of Commerce, Trade and Industry as well as Minister of Education.